What you need to know about Skin Whitening & Anti-Aging products 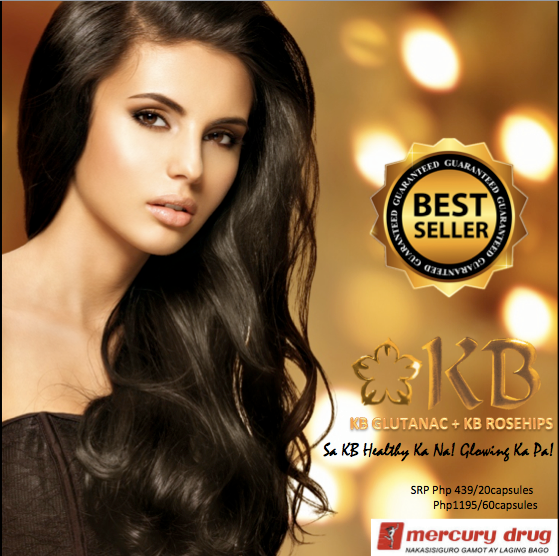 Have you ever wondered why in Japan all the reduced glutathione are all in tablet form and not in capsule or soft gels? And do you know that reduced glutathione in Japan has a maximum dosage level of only 100mg? Most famous brand for tablets that are being sold mostly in skin doctors clinics are PH338 and Tathione 307 brand which are all originally in Japan.

We have already known Reduced Glutathione since1999 from its smell, taste, etc. Reduced Glutathione was introduced a long time ago but only to dermatologists and skin clinics. It became very popular because it was used by movie stars who got this whitening tablet which was supplied by their doctors.

As we have been saying before, KB ™Glutanac is not a reduced form of glutathione. It is a free form glutathione which is also composed of glutamic acid, glycine and cysteine. The difference is that reduced glutathione is a very sensitive compound while KB ™GlutaNAC is in free form which means it is very easily absorbed when you take it orally,as it goes directly to your bloodstream, much like the injectable Glutathione.Lastly, KB ™Glutanac is not that sensitive as the reduced form and it is good especially in tropical climate like in the Philippines.

KB™ is the FIRST product that contains NAC (N-Acetyl-L-Cysteine) since 2007 in its Glutathione free form and until now the only brand that uses free form. In his bookVita-Nutrient Solutions, Dr. Robert Atkins of the Atkins Diet fame said that“NAC raises glutathione levels in the body in ways that oral supplements of glutathione itself cannot do.”

Even Dr. David Williams, a medical researcher,biochemist and chiropractor says that “N-acetylcysteine(NAC) is an effective treatment for acetaminophen toxicity that can often head off severe liver or kidney damage results. It can neutralize toxins in the liver because of its ability to boost glutathione levels.”

Please be aware that just because the dosage is high it does not mean that the product is more effective. We should also remember that too much of anything can be very harmful to our body that is why we should know the proper combination of all active ingredients of the products that we use.

KB Glutanac plus Rosehips is also the FIRSTbrand that introduced ROSEHIPS® capsule andregistered with the FDA since 2002. It is also certified by the IPO, HALAL andproduced with GMP license. It is still the only PURE ROSEHIPS® CAPSULE in the market today.
According to BBC News, Rose hips could offer a cheap and effective way oftreating debilitating rheumatoid arthritis, as research from Germany andDenmark has suggested.
Rosehips are particularly high in vitamin C content, one ofthe richest plant sources available. Rose hips of some species,especially Rosa canina (dog rose)and R. to ask in spanish . majalis, have been used longago as a source of vitamin C. In fact, during WorldWar II, when it was impossible for commercial ships to bring in citrus fruits, thepeople of Britain were encouraged to gather wild-grown rose hips to makeVitamin C syrup for children.
Rose hips help to lower blood pressure with regularuse. Aside from this, Rose hips are also known to be effective in helping totreat wound and lighten scars and dark spots.

KB Rosehips® is a good combination with KB Glutanacto boost its effect. Currently, this KB Glutanac plus rose hips is also combinedwith the supplement for anti-aging.

On the other hand, COLLAGEN from our KB BRANDis a marine collagen peptide, specifically SALMON OVARY PEPTIDE (Patented), thehighest quality of collagen. KB Collagen is made in JAPAN and the focus of thisproduct is for ANTI-AGING.
As we all know, when we reach 20 years old our cells’ production of collagendecreases, which results in fine lines in our skin. By the time we reach 40 ourcells will have stopped producing collagen. website uptime . Be it known, too, that placenta and collagencan help in anti-aging but they do not whiten the skin, as other brands may claim.
Moreover, KB Collagen also contains Pearl Powder. Pear

l has the power to renew,regenerate, and restore human health like nothing else. Pearl is made ofcalcium compounds, proteins, amino acids, polysaccharide, and many traceminerals – the same crucial components of human fluids, connective tissues, andbones. They help build cells, repair tissues, enhance the immune system and slowdown the aging process. These pearl components also aid memory and sleep and increase positive “elevated mood”neurotransmitters, and thus reduce the level of stress and anxiety.

On top of this, the pearl’s unique anti-aging substances called pearl signal proteins are the ultimate anti-aging ingredients. Research studies also show that pearl promotes healthy blood pressure and has a significant effect on circulation and cardiovascular health.
According to Chinese medical tradition, when pearl powder is rubbed on the skin, it reduces redness and swelling to make skin look younger, and clears the skin of such conditions as acne and eczema.Pearl powder has been used for this purpose for thousands of years. The fine pieces of pearl can also be used to exfoliate the skin, sloughing off dead cells, and exposing the healthier skin underneath.

Even legends say that pearl was Cleopatra’s beauty secret and the reason for the lone Chinese empress Wu Ze Tian (625 AD-705AD) for her radiant skin.

But what about the price? Well, it’s worth every peso:
KB Glutanac plus Rosehips Trial Pack 20 capsules – Php439 / 60 capsules- Php1195. KB Rosehips 100 capsules – Php950 / 30 capsules – Php295 and KB Collagen – Php750. You can buy them at all Mercury Drug outlets, Watsons, Southstar, Fishermall and Generika, or have them delivered to you by AsianMassage & Spa or Asianskymall Team (dealership/reseller/franchise). For more detail please text 0917 812 5836.
Available also per KB ONE DAY REGIMENT (2capsules) for only PHP49.95