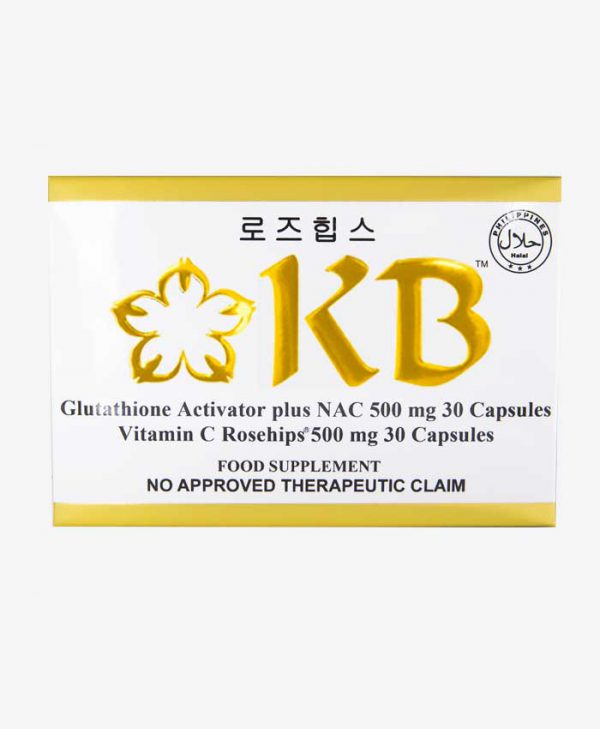 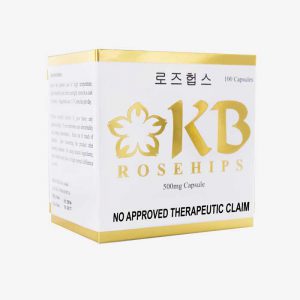 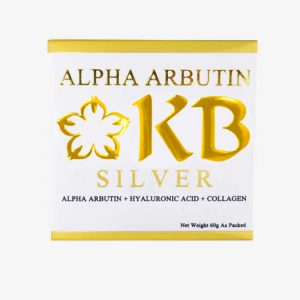 Apart from this KB Glutanac plus KB Rosehips has 500mg of purely rosehips which helps to rejuvenate / repair damage skin. It is considered as a food supplement and its maximum per day is one capsule 500mg. Rosehips has a lot of clinical studies not only in helping your skin but it is good for people who suffer from osteoarthritis and rheumastism. KB ROSEHIPS is the only rosehips capsule in the philippines approved by the FDA , Halal certified and with IPO of rosehips.

Note: Take only One capsule of KB GLUTANAC and One capsule of KB ROSEHIPS. NO Overdose please.. unlike other supplements that makes you take at least 2 capsule to 6 capsules. KB Glutanac and KB Rosehips is the most cheapest and yet EFFECTIVE beauty supplement in the market since 2007.

When taking REDUCED GLUTATHIONE – please be reminded that the maximum dosage in Japan is only 100mg. In Philippines, FDA approved 500mg. Better think about your reduced glutathione whose claiming to take more than 500mg per day.

Available in Mercury Drugs and other leading drugstores for only :
(Available in www.asianskymall.com.ph) Resellers and Franchise.

Be the first to review “KB Glutanac plus Rosehips” Cancel reply

A MUST-HAVE ITEM IN YOUR BEAUTY REGIMEN For many
Wishlist

Described as a melted ice cream with 500
Wishlist

Korean has a culture of bathing in public
Wishlist