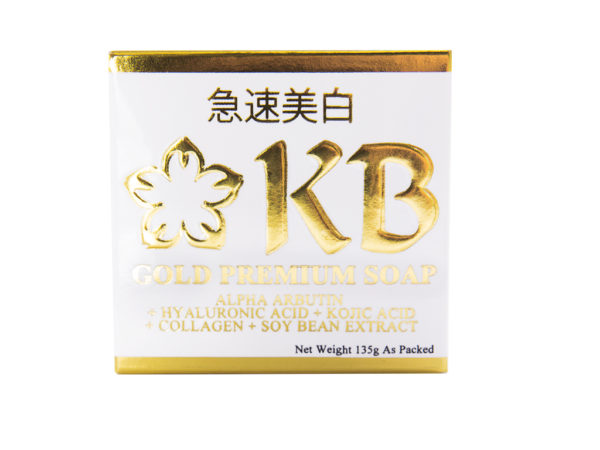 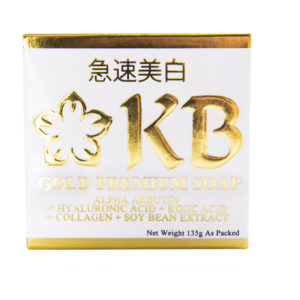 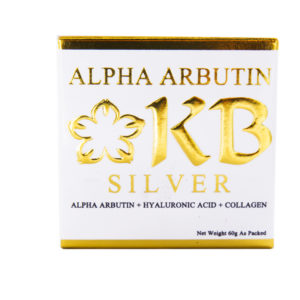 “The Price of Having a Beautiful Whiter Skin!” – モデル

KB Premium Soap is composed of 5 highest quality ingredients.
As we all know there are so many kinds of whitening soap in the market but which one is really effective and good for our skin?

A lot of whitening soaps in the market claim that their product is the best for skin whitening. However, you will never know unless you try the product right? Before we made a good combination of all these active ingredients, we know that one day again some of our competitors will make the same formulations just like our first KB brand GlutaNac (Glutathione Activator with NAC) and KB Rosehips wherein you will see some Multi-National companies or even skin clinics are using NAC (N-acetyl-L-Cysteine) to boost the effect of the Glutathione inside our body.

There are some whitening distributor now starting to copy our claims. Ever since we are keep on explaining to the public that KB Glutanac and rosehips saying that glutathione reduced is not efficiently absorbed when taken orally. It is because the one that produces glutathione inside our body is our cells and not the one that we are taking.

To make it short, Glutathione reduced in capsules are not effective. This is the reason KB Glutanac and rosehips is an activator for your cells to produce more glutathione.

Now, Let’s go back with the soap. A lot of distributor of whitening soap in local market that their product is the best. However, when you check what are the ingredients and price. You should think immediately about the price which is so cheap and the quality of its packaging. Some people are amazed when their skin becomes to stretch, dry and sometimes itchy and peels off. Well, do not be happy! You should know that the reactions of those are due to chemicals and it’s not normal! You are just making your skin more dry (which makes your skin to lose elasticity) and damage. You will not see it now but in the future.

A lot of KB Glutanac and rosehips users keep on asking us if we have soap. So, we decided to create a soap that would give the best to our KB Users. But, we would like to create something like everything should be in that soap from whitening using the highest and most expensive whitening agent (be careful on those product that they are saying they are arbutin), moisturizing, vitamins and anti aging. Since our main focus is whitening, then why not make a double whitening agent. (By the way, kojic acid if too much percentage can cause cancer – we know this very well that’s why we are very careful when it comes to its percentage and should follow the rules of the healthy ministry) We know that anything is too much is not good. So do not worry about it.

Finally, KB PREMIUM SOAP was created. However, a lot of consumer are keep on asking why the product is so expensive? Well, like we have said we just want the quality premium soap product beside this soap is not easily got melt. You can use it for at least 2-3 months base on my client’s experience. Second, we really focus on its ingredients instead of you buy a cheaper soap and yet damage your skin.

₱50.00
Warning: For external use only. In the unlikely
Wishlist

₱1,195.00
Note: Latest packaging is in rectangle form. The
Wishlist